We all procrastinate. With an endless mess of papers to write and exams to study for it can be especially difficult to get going. But it isn’t impossible. Here are a few tips to get your brain train back on track and out of the station.

1.) Make a done list of everything that you need to do. Write down everything you have to do whether you need to do laundry or write a paper for your English class. Write it all down. Now, you may be asking, “isn’t it supposed to be a to do list?” Let me explain. Anyone can write a to do list, but making a done list gives your list purpose and implies that, by the end of the day, some of the things on your list will be done.

2.) Now that you have your list, cross items off of it. Find an item or two on your list that isn’t urgent and cross it right out. I find that every time I make a done list, I write down every single thing that is on my mind. I even write down things that I don’t need to do right away that can be saved for later. When I cross those items off, my list becomes more manageable, and I have more time to work on the projects that actually matter.

3.) Start easy. Work on one of the less menacing tasks on your list first. By starting in on your work, even if it is only on the simpler assignments, you are making progress. Before you know it, you will be through a few items on your list and will be that much closer to relaxation.

4.) Take a break. Did you write your eight-page paper? Did you clean your room? Did you finish one of the bigger projects that you had on your list? If you have, reward yourself with a few minutes of break time. Get up and stretch, have a snack, or go for a short walk. Just be sure to set a timer for when you need to get back to work (and stick to it!).

Finally, keep in mind that not everything can be done in one day. Maybe you’ve tackled half of your list and need to save the rest for tomorrow. That’s okay. After all, the whole point of this process was only to get started, right? If you’re already on your way to completing your list, you’re on time (perhaps even ahead of schedule) and will be at your destination before you know it! 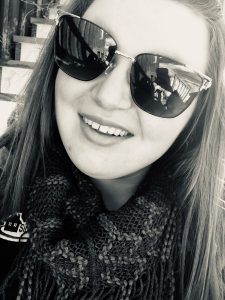