I am here in Castleton, along with three others, for the Global Undergraduate Exchange Program of the US Department of State. The program has two components: (1) academic, and (2) cultural. While I am here to immerse myself in American culture, I find it also fitting to share bits and pieces of the Philippines, an archipelagic country in the Pacific that has a close, but also controversial, relationship with the United States since the Spanish-American War.

As of the latest count, the Philippines is composed of 7, 641 islands and has a population of 104.9 million, composing 175 ethnic groups. It is also a reservoir of languages with 134 Philippine languages and hundreds more local dialects, according to the Komisyon sa Wikang Filipino (Commission on the Filipino Language). These numbers speak of, and all contribute to, the cultural diversity of Filipinos—furthered by various influences such as our Arab and Chinese trading relations which could be traced as far back as the pre-colonial period, and colonial experience from 3 different groups (Spain, US, Japan) spanning almost 4 centuries.

I could share a lot about the Philippines given the immense cultural diversity present in my home country, but I choose to focus on one figure in the streets of different cities in the archipelago: an ever-present but often unrecognized figure in the Philippine urban jungle.

Worldwide, dogs bark. In the Philippines, people do too.

Down the chaotic streets of cities in the Philippines, alongside large buses, private cars, and taxi cabs, a conspicuous and anachronistic mode of public transport makes its way through—the Philippine jeepney. Usually painted with bright colors and adorned with glaring accessories, the jeepney is a post-WW2 innovation which has become a cultural symbol as it earned its spot as the “King of the Road” in the Philippines. 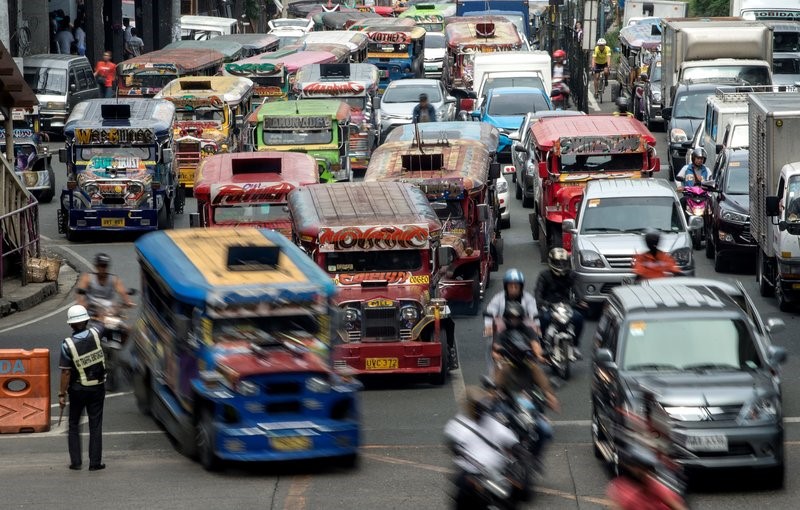 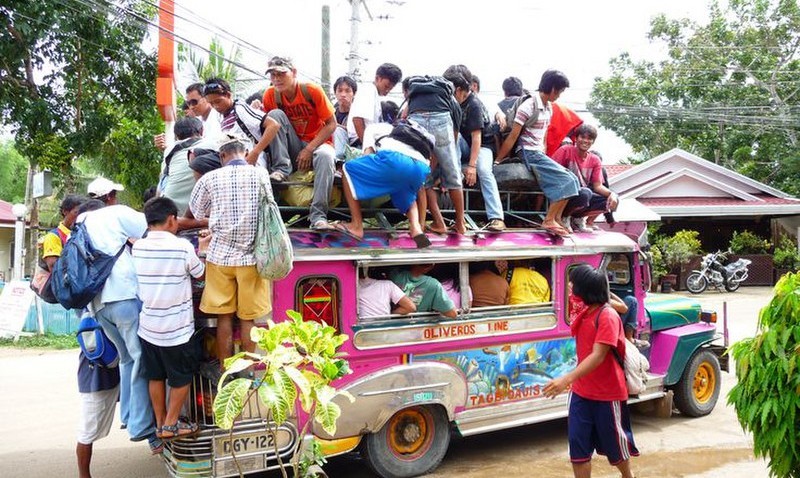 (SABIT. In certain places, even the top of jeepneys are occupied by passengers just so they would reach their destinations. Some even cling on to the outside railings, notwithstanding the scorching heat and polluted air. Image from: http://ibon.org/file/2017/12/Jeepneys_travelblogorg-800×478.jpg)

Beside these jeepneys waiting for passengers are the jeepney barkers, people who earn a living using their loud and booming voices. In the hustle and bustle of streets and roads in the Philippines, the jeepney barkers’ voices standout. Ironically, these same people are those who are not heard that much in terms of occupational identity. Worse, barkers generally have a negative image, an image which hides what might be one of the last altruistic roles in the Philippine urban jungle. 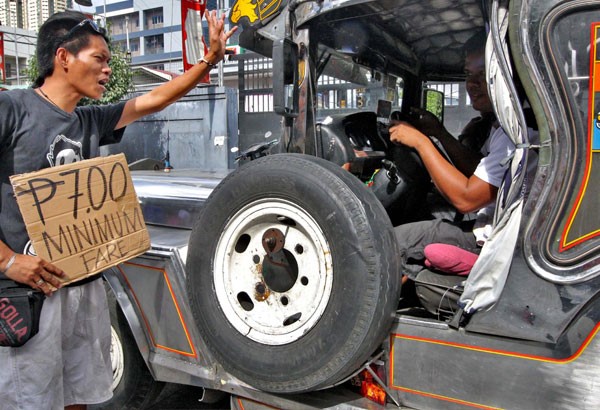 So what does a jeepney barker really do?

They are the people who would convince you to ride a jeepney going North when you’re really headed South. They are the people who will convince you to ride the jeep even if only half of your butt can sit because in their minds, “onsehan yang jeep oh, sampu pa lang kayo diyan sa kanan at kaliwa, o usog usog nalang po tayo diyan sa kanan sa kaliwa” (“The jeepney can accommodate 11 even people per side, you’re just 10, please move your butts, move, left, right!). They probably have not taken into consideration that people’s sizes differ.

Since the barkers technically work for the jeepney drivers, they need to accept whatever amount the jeepney drivers gives them—or in some cases, throws at them. It’s basically a voluntary contribution—a donation at that. There’s no written contract that stipulates how much the driver should pay the barker. May that be a mere one peso coin (0.019 USD) or twenty peso bill (0.38 USD), the barker has no choice but to be thankful for the small amount given. And who knows, when a relationship with the driver is built and maintained, the small amount given can gradually increase.

Also, it is interesting to note that jeepney barkers know the concept of personal space. While they are attracting passengers to ride the jeepney, they make sure that they don’t touch the passenger—even the slightest tap on the shoulder could have repercussions. My friend got the chance to interview a jeepney barker based in Manila (the capital of the Philippines) for a documentary. The jeepney driver shared that he was once accused of “chansing” (inappropriate touching) when his hand accidentally touched a woman’s arm. While this may be a gray area, the jeepney barker stressed that since then, he made sure that his hands wouldn’t touch a passenger. 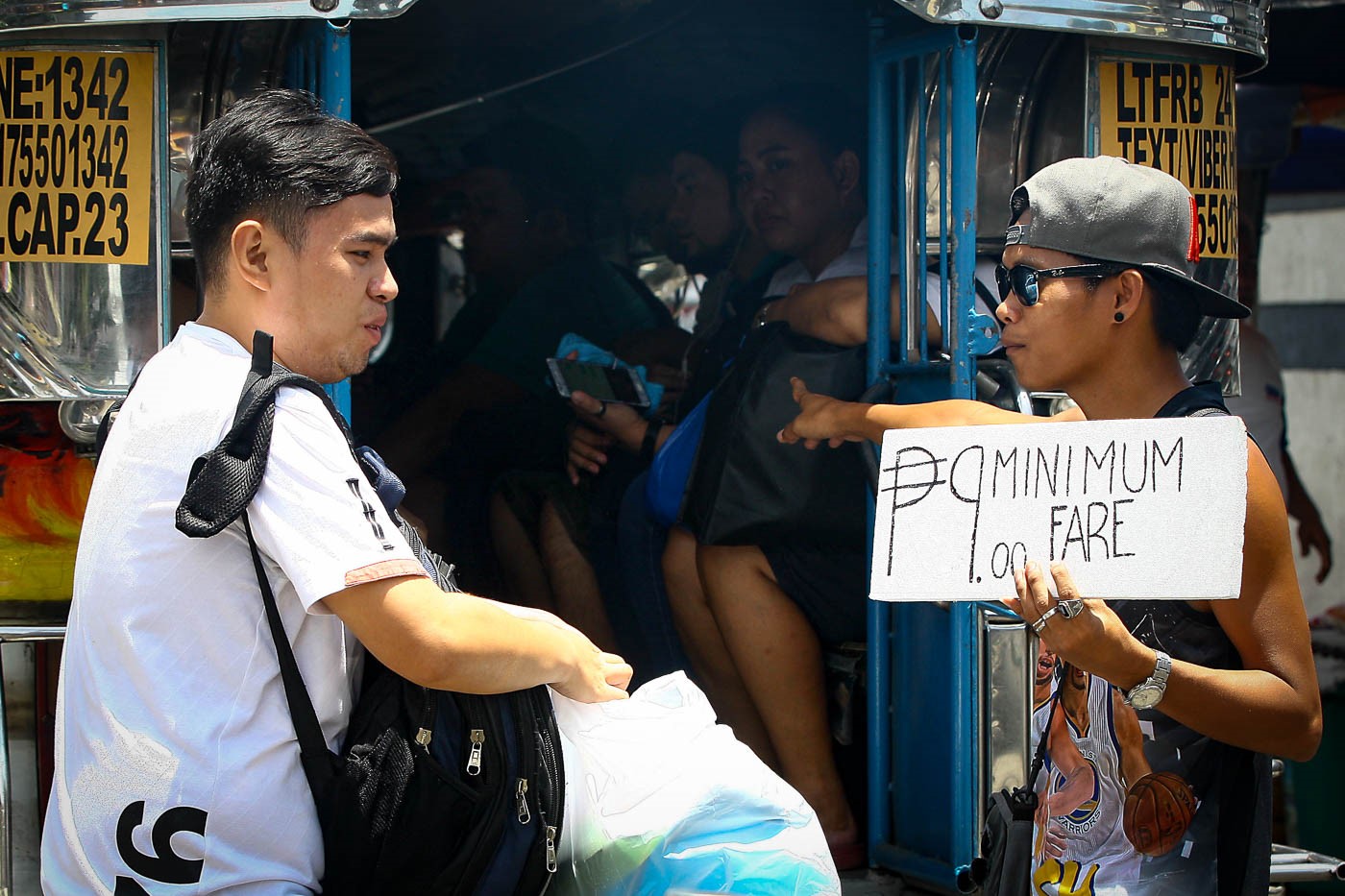 On the other hand, it is also important to note that there are people who view jeepney barkers in a negative light.

People may consider being a jeepney barker as a destiny for the lazy people—those that would prefer shouting all-day in the polluted streets under the scorching sun. There is a certain perception that jeepney barkers are those who do not have anything better to do, or worse, those who not interested in doing anything else. Barkers are perceived as the people whose skills are enclosed to merely the memorization of jeepney routes and jeepney capacity.

However, is this really the case? While jeepney barking is perceived as the occupation of the hopeless and the desperate, there are some jeepney barkers who prove otherwise.

In a pre-production research for a documentary being produced by a friend, I got to talk to a barker stationed in a mall’s transport terminal. He shared that he is an electrician and that he resorts to jeepney barking when he has no customers. He also shared that more often than not, his takehome pay from jeepney barking is even higher than what he earns as a freelance electrician.

This story shows that jeepney barkers are not those lazy people the society portrays them to be. Instead, the story of the barker I got to talk to and several other stories gathered by my friends show that it is precisely because of their industry and diligence that jeepney barkers chose this occupation—regardless of the societal prejudice that comes with their job, they continue to do so just so they could provide for themselves and their families.

For jeepney barkers, their lives depend on their voices. But it also important that they are given their own voices—a voice that everyone would listen to not just because they are shouting endlessly in the polluted streets of the metro. There is a pressing need for them to have their own voice in the society.

The streets of the urban jungle scream of excess labor. The presence of jeepney barkers, alongside other occupations in the streets, show that there are many unemployed and underemployed Filipinos who continue to dream for a better life. While there is no better employment opportunity, they resort to working as barkers or something similar so as not to waste time.

In a larger picture, the presence of jeepney barker—something “only in the Philippines”—mirror the apparent lack of opportunities especially for those who do not hold a degree. The presence of jeepney barkers and other street-based occupations mirror the plight of the ordinary Filipino—the simple goal of eating three times a day, with something to pair with rice, the Filipino staple.

But more than anything, the presence of jeepney barkers in the Philippine urban jungle also mirrors the “diskarte” (closest English counterpart I could think of is strategy) and the diligence of Filipinos just so they could have food in the table. The presence of jeepney barkers remind us that even the seemingly most menial jobs are meaningful jobs. While they may not have offices nor promotional opportunities, jeepney barkers exemplify the willingness of Filipinos to do anything and everything just to ensure that their families are given their basic needs.

Worldwide, dogs bark. In the Philippines, people bark, too—and their presence shows two sides of a coin. It shows the lack of employment opportunities, and the increasing wealth divide in the country. It shows the plight of the ordinary Filipino caged by dysfunctional labor systems. But it also shows the persistence and diligence of the ordinary Filipino. It shows the Filipino resilience amidst societal inequalities. Barking in the Philippines provides sustenance for many families. While this may not be glamorous, this is what they need. At least for now.