March 7, 2019 / dlb08181 / Comments Off on Japanese Milestones and Special Events by Shione Nishimura and Rurika Fujita

We are studying abroad here for a year as exchange students from Doshisha Women’s College of Liberal Arts in Japan. This is the last semester for us, so we would like to spread Japanese culture as much as possible and we are glad that many people here know about Japan. Today, we would like to introduce about some Japanese traditional events.

In this part, Shione Nishimura will talk about Japanese milestones in life. In Japan, there are some specific events through life. One of the examples is Shichi-Go-San. This is one of Japanese traditional ceremonies to celebrate children’s growth and pray for their future health. Shichi-Go-San literally means 7,5,3 in Japanese. This is a festival for three- and five-year-old boys, and three- and seven-year-old girls. Usually, children dress up in a kimono which is very traditional clothing in Japan. They take pictures in commemoration and go to a shrine with their parents for a ritual. They are given Chitose candy during the festival. Chitose means a long life, so they eat it to pray for live longer. 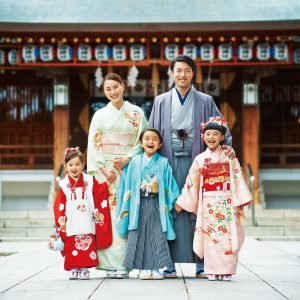 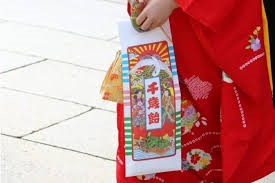 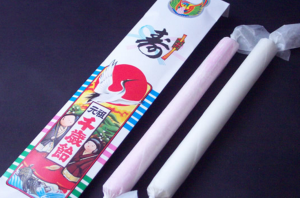 When Japanese children become 20 years old, there is Coming of Age Day in January. In Japan, the age of becoming an adult is 20. Once you become 20 years old, you can drink alcohol and smoke cigarettes. The second Monday in January is a national holiday known as Coming of Age Day, and people who are 20 years old attend the ceremony as a ritual. Girls wear a kind of kimono which is traditional clothing called Furisode. The difference from other kimonos are the long sleeves, and it gives the most spectacular impression out of all kimono types. On the day of the ceremony, girls go to a beauty salon to help them put on their kimono because the way of wearing kimono is very difficult. They also do their hair up gorgeously in the beauty salon. Most boys wear suits, but some boys also were men’s kimono. Normally, they attend the ceremony at a public hall in their home town. At the ceremony, one of the 20-year-olds in the ceremony presents his/her goals as a representative of the new adults, and mayor of the city gives a speech to them. Sort of like an alumni gathering, they have the chance to meet some friends they haven’t seen for a long time. After the ceremony, it is common for them to go drinking alcohol with their friends like party. Then, they change their clothing from kimono to western dress. Actually, it was time for us to attend the ceremony this winter because we all are 20 years old. However, we couldn’t attend it because of studying abroad here now. I felt a trifle sad, but I was glad to see pictures of my friends looking grown up and beautiful. 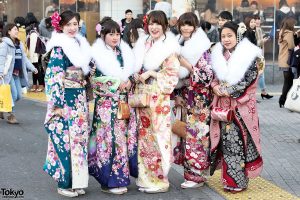 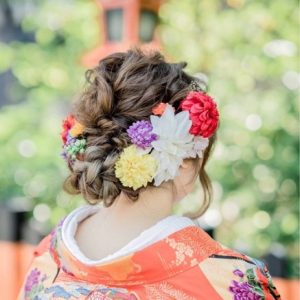 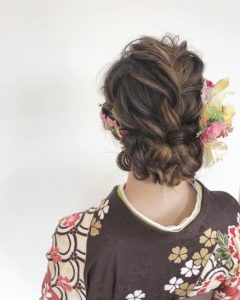 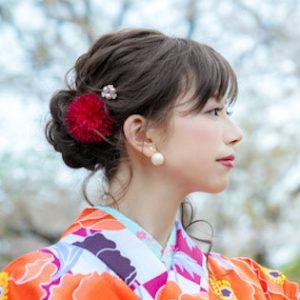 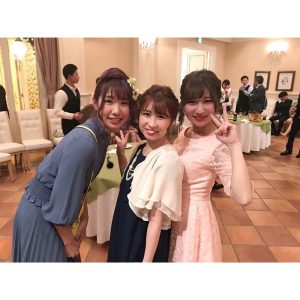 Next, Rurika Fujita will introduce some traditional annual events in Japan. We have some events depending on the month. For example, in February, we have an event which is called ‘Setubun’ and this event is held on February 3rd every year. On this day, we buy a lot of soybeans, because we throw these soybeans to ‘oni’. ‘Oni’ is like a monster human body, which has a red or blue face. The reason why we throw soybeans is that there is a theory that on February 3 ‘Oni’ come to us and they bring evil spirits. That’s why people buy many soybeans and they throw to ‘Oni’. Generally, someone in the family puts on the mask of ‘Oni’ and they pretend to be an ‘Oni’. After we throw soybeans, we eat soybeans of a number of our ages. It is said that if you eat soybeans of a number of your age, you can be healthy without getting sick. In addition to this February event, we have Valentine’s day on February 14. Certainly, this event is famous in the United State, but in Japan, it is a little different compared to in the United States, because generally, a girl gives chocolate to a boy. It is the opposite of America. 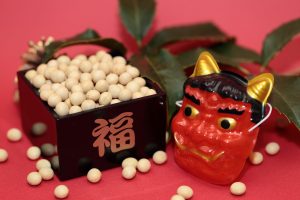 Secondly, I will introduce the event of July. On July 7, we have an event which is called ‘Tanabata’. On this day we write our wish on paper and we put the paper on bamboo grass. Besides the paper which we write wish, we decorate bamboo grass with colorful origami. 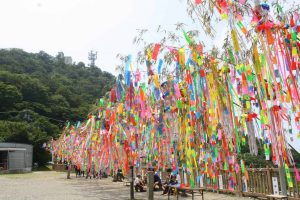 Finally, I will introduce the New Year’s Eve and new year events. On December 31, most people spend time with family and they celebrate the new year together. Before the new year comes, we eat Toshi-Koshi soba. There are three reasons why we eat soba. The first reason is that if you eat soba, you can live longer because soba is thin and long. The second reason is we can cut the bad fate of last year because soba is easier to cut than other noodles. The final reason is that it is said that if you eat soba, you can collect money because a craftsman who handles gold and silver collects powder of gold and silver by using soba flour. From these three reasons, Japanese people eat soba before New Year’s Day arrives. After the New Year arrives, on January 1st, we go to a shrine to wish for our wish. Moreover, on the same day, we eat ‘Oseti’. It is a very traditional food and its appearance is really cool.

Besides these traditional events, we have a lot of other special events! So, visit Japan and please experience these Japanese events! 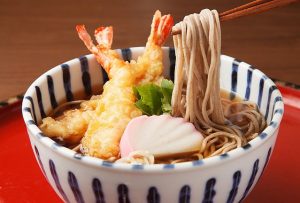 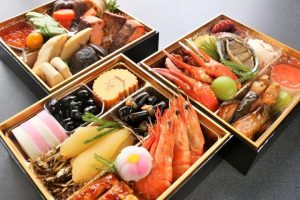