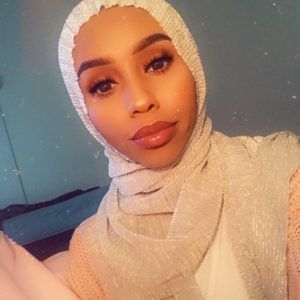 When Waris Hassan was growing up in Kenya, school was a faraway dream. Her parents could only afford to educate one child. While her older sister attended school and her mother sold tomatoes, ten-year-old Waris cared for her younger siblings. Sometimes, she walked a mile or two to get water for her family.

Waris was thirteen when her family immigrated to Winooski, Vermont. Acclimating to the American public school system was hard. “I didn’t speak any English whatsoever,” she recalls. “I didn’t know what year it was or how to spell my name. I was the only black person in the eighth grade.” After a year of intensive English classes, Waris slowly became more comfortable in school.

After graduating from high school, Waris took classes at the Community College of Vermont for a few semesters. In Spring 2017, she enrolled at Castleton. Again, she had to adjust to a new environment. “I’d never been away from home before,” she says. “I’m a shy person and an introvert, so I had to get out of my comfort zone to talk to people and make friends.”

Despite these misgivings, Waris threw herself into college life. When she needed help with statistics or writing, she visited the Academic Support Center. A social work major, she added a second major in sociology and a minor in women’s and gender studies. In her free time, she joined the Badminton Club. Remembering what it was like to learn a new language, she volunteered as a conversation partner with an international student.

As the semesters passed, Waris gained confidence in her academic abilities. During her junior year, she applied to Castleton’s McNair Scholars Program. This federally funded program prepares first-generation, low-income students, as well as those from under-represented backgrounds, for graduate study. McNair accepted her. Last summer, Waris completed independent research on cultural assimilation in immigrant college students through the McNair program. “I had a lot of fun doing independent research,” Waris says. “Before I joined McNair, I never thought I could do research, let alone do it by myself.”

Amanda Richardson, Director of Castleton’s McNair Scholars program, is impressed with Waris’ resilience and personal growth. “Other students can learn from Waris that focusing on a path and utilizing your available resources to the best of your ability can lead to achievement beyond what you may originally believe you are capable of in an unfamiliar environment,” says Richardson.

Through McNair, Waris has formed many strong friendships. “She is respected as a peer and brings her sharp, dry sense of humor to the group, which everyone enjoys,” adds Richardson.

Giving back to her peers comes naturally to Waris. This summer, Waris also served as a TRIO Texting Mentor. In this role, she helped incoming first-generation college students acclimate to life at Castleton. “In all my observations of Waris, I’ve been struck by her calm eagerness to understand other people’s experiences and cultures and her empathic listening skills that allow her to move towards that understanding,” says Becky Eno, Castleton’s Academic Counselor.

Today, it’s hard to remember that education wasn’t always a part of Waris’ future. The young woman who entered eighth grade without knowing any English is a double major with a strong GPA. She is enjoying her internship in the Victim Advocacy program at the Rutland State’s Attorney’s Office. After graduation, she looks forward to earning a master’s in social work. During graduate school, she would like to research cross-cultural differences in the long-term effects of child abuse. Eventually, she hopes to pursue a counseling career in the school or criminal justice system.

Waris hopes other first-generation students will take advantage of all college offers. “Get out of your comfort zone – do things you normally wouldn’t,” she urges. “Take classes that have nothing to do with your major. You’ll get to know yourself more.” 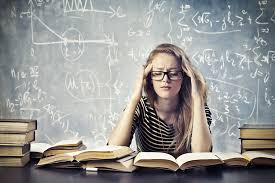 You knew about the paper for your history class two weeks before the deadline, but you didn’t start it until the night before it was due. There was really no way you could have begun earlier – not with the labs for your science class, your big stats test, and all the reading you’ve had to do lately. Sure, things got a little rushed: doing all your research online at 11pm wasn’t ideal. And maybe you didn’t proofread as carefully as you might have. But you got a B- on the essay; that proves you work well under pressure, right?

Many college students admit they procrastinate. Some wish they could conquer this tendency; others don’t perceive it as a problem. However, putting off assignments and study sessions can make you more anxious and less effective. If you’re rushed, you won’t work as carefully, and you will make more mistakes. Had you put more time into that history paper, that B- could have become a B, B+, even an A.

So if procrastinating is such a bad idea, why do so many students – and professionals – do it? Think about why you saved the green beans or mushrooms for last when you were a kid. Part of you hoped they would go away or at least become tastier by the end of the meal. But you finished the rest of your dinner, and there they were: colder and more unappetizing than ever.

By saving them for last, you didn’t make them disappear. You made them worse.

No matter how much you want to change, altering your habits can be hard. Here are some tips to help you overcome your procrastinating tendencies: 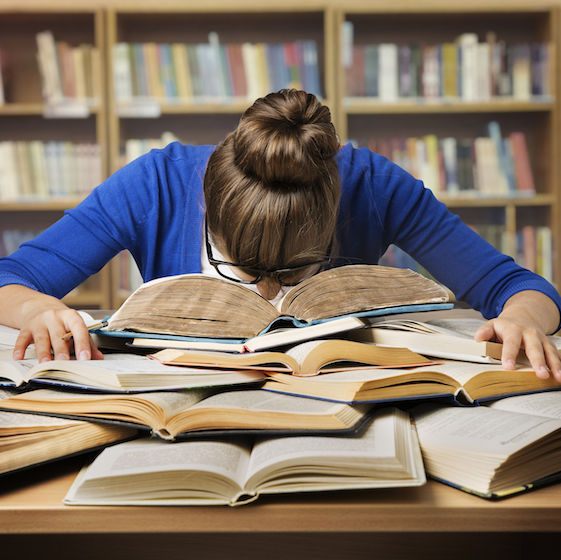 Many of us thought college was about having fun while getting our degree. What we didn’t consider was just how stressful balancing homework, a job, friends, and sleep could be. Below are 6 tips to help you increase academic efficiency and decrease stress.

Keep an Agenda: An agenda book is the perfect place to keep track of everything you have to do. Whenever a teacher mentions an assignment, write it, and the date it’s due, in your agenda. Also, remember to check Canvas; some teachers may not discuss an assignment in class because it’s available in detail online! Doing this will give you a single place to look to when you finally sit down to start your homework, only to realize you forgot what pages you were supposed to read for your 8am. Never have that thought of “I feel like I’m forgetting to do something” again!

Make a To-Do List: Having all your assignments written in your agenda is helpful, but can be overwhelming to look at. Make a list of everything you have to get done in a day or week, checking off each one once it is completed. Doing this helps ensure you won’t accidentally skip over an assignment. It may be especially helpful to write your list in order of priority or due date. That way, if you just can’t bring yourself to finish the last assignment on your list, you know it will be okay if you push it to tomorrow.

Take Time Off: Even with a busy day, week, or semester, it is important to give yourself a break. Leaving a dedicated amount of time each day or week to play video games, read a book, watch Netflix, hang out with friends, or do whatever it is you do to relax will give you time to destress and focus on something other than homework. It may be best to make this time at night so that after a long day you can go to bed relaxed, not worrying about your classes and homework.

Don’t Neglect Your Body: School is important, but you’re still going to be walking around in your body long after you get your degree, so don’t forget to get enough food, sleep, and exercise. Receiving the proper nutrition, ensuring you get an adequate amount of sleep every night (7- hours), and staying active will prepare your body and mind for another long day and keep you from feeling groggy and fatigued.

Bonus tip: We all know it can be hard to find a nutritious and appetizing meal at Huden, so start taking daily vitamins to help make up for some nutrients you may be lacking.

Be Kind To Yourself: We all occasionally do poorly on a test or paper, but it’s important not to dwell on it. One less-than-perfect grade will not ruin your GPA, so don’t let it ruin your day. Accept when you didn’t do as well as you wanted to, try to find what you know you can do well on, and adjust your habits accordingly to improve your future grades.

Use Your Resources: Castleton has provided countless resources to ensure our success, but they can only help if you use them. The Academic Support Center, Wellness Center, professors’ office hours, your friends, and the various clubs and events you find around campus are only a few of the resources available to help you through academic and psychological struggles, so take advantage of them!

Alyssa Ezell is a junior at Castleton University majoring in Psychology. She is a member of the Random Acts of Kindness Club and enjoys helping others whenever possible. Alyssa was born and raised in southeastern Massachusetts, but loves studying here in Vermont.